Meta Quest 2 developers have experimented with VR hand-tracking for several years. Between solving puzzles in Cubism to fantasy adventures in Eolia, VR headsets can provide some unique experiences by turning our own hands into controllers. Naturally, this comes with several restrictions and that’s often relegated hand-tracking to a niche, even by VR’s standards.

With Oculus Quest recently receiving hand-tracking 2.0 support, we wanted to learn more about how this technology works. Speaking with Owlchemy Labs COO Andrew Eiche, we asked how the team uses the best VR headset technology on Quest 2 to make a hand-tracking focused experience.

“When we first heard about hand tracking, we were skeptical. We set up a small R&D team to take the Oculus’ hand tracking and integrate it into Vacation Simulator,” Eiche explains, commenting on Owlchemy’s first game to support this. “As we chipped away, we were like, ‘Oh, I think we can release this.’ That’s why we released the experimental support for the first version of hand tracking and kept updating it.”

With hand tracking 2.0 releasing earlier this year, we then queried whether there were any major differences in implementing support between the two games. “Hand tracking 2.0 stuff is simple but what we’re doing now is overhauling everything. We previously built a game for controllers that we adapted hand tracking to, and now, we’re building for hand tracking. We had to rethink everything.” 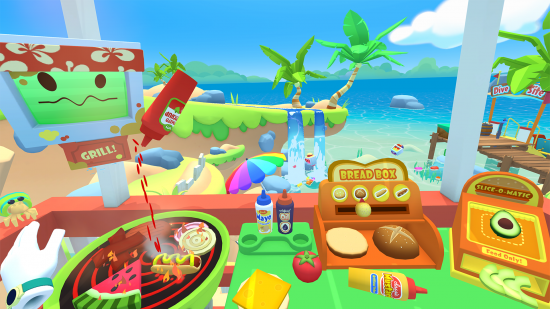 Strikingly, the current build has no controller support whatsoever. However, Eiche doesn’t rule out a future update on accessibility grounds, telling us that the game would “use controller support if we aren’t able to overcome the accessibility hurdles that are in the game, but we’d really like to overcome this.” If we do see the feature, the developer confirms that this won’t be until after the game launches.

Regarding the online component, Eiche says that “multiplayer is something we always wanted to do; it’s what our fans have been truly clamoring for. Hand tracking in VR creates another level of fidelity. There’s expressiveness in gesturing more accurately and making hand signals. I can point exactly as I would in the real world,” he advises, carrying on. “Many people think of VR as taking you to a fantastical world. But being the backyard ant doesn’t feel great; you can’t affect anything. We leaned into a philosophy we call ‘VR of the near right.’ What’s at desk scale to you? How can you interact with those objects? Hand tracking allows that, and with multiplayer, it’s magical when you get that working.” 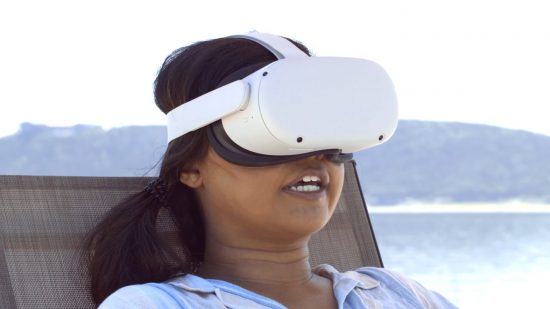 However, this doesn’t always work so smoothly despite its immersive promise. “It is a bit of a tech nightmare. When you’re talking about your hands, you have five fingers, each of which has three joints, each of which can be at any angle,” Eiche responds before continuing with a smile. “This is a fun tech problem to solve. How do we not flood the network with data trying to tell everybody where each other’s fingers are?”

Owlchemy won’t stop with hand-tracking, either. With the Quest Pro now available, we also queried whether they have plans looking for Meta’s latest headset, specifically with facial tracking. “Quest Pro is targeting a different user base but in the long term, we’re excited about face tracking when that comes to the mass market. Everyone has the same mouth and face movements, but when you have a camera on it, it will be like you’re talking,” Eiche tells us, before moving onto eye tracking.

“Eye tracking is good at a few things, like foveated rendering and seeing where somebody’s looking in multiplayer,” Eiche explains before revealing one major downside. “It’s terrible for interaction. Your eyes are naturally scanning the scene and you don’t have that big an area that you can see in high resolution, so they just flip all the time. If I told you that to exit this game, you have to hold your gaze on a specific spot, and you can’t move your eyes? It’s pure torture.”

We’d like to thank Andrew Eiche for speaking with us here. If you’d like to know more about VR hand-tracking on Meta Quest headset, check out another part of this interview, where we discussed why Quest 2 can’t simulate weight. Otherwise, take a look at our recommendations for the best Oculus Quest 2 games, while we wait to learn more about Owlchemy Labs’ next title.

How to install Python on Windows, Linux, and macOS