Writing up my Marvel’s Midnight Suns impressions has proven a difficult task. This is partly because of how many things there are to talk about in this tactics RPG, but I also can’t stop thinking about playing it. Having spent around ten hours with the superhero game, I’m itching to get back to crafting new cards, hanging out with my superpowered friends, and revelling in the seriously satisfying sensation of beating on Hydra goons like fascist piñatas.

Those itches form the core pillars of the gameplay loop in Marvel’s Midnight Suns. You’ll prepare your team for the mission ahead by bolstering their decks with upgrades, head out into the field to kick some evil ass, before returning home to chit-chat and rest up before doing it all over again tomorrow. It’s an addictive loop that should sound familiar to fans of XCOM, and while this game does bear some resemblance to its predecessor in this regard and elsewhere, it’s by no means a carbon copy.

For starters, rather than running the show from the sidelines as a faceless, voiceless entity, you’ll get stuck into the fight with your squad as ‘The Hunter’. You’re one of the last remaining members of an ancient bloodline, woken from your centuries-long slumber to assist Earth’s mightiest heroes in their fight against Lilith, mother of demons.

Firaxis proudly describes The Hunter as the “first customisable hero in the Marvel universe,” allowing you to change their appearance, personality, and playstyle to your liking. The ability to imprint yourself on The Hunter shines best during conversations with your teammates, as your dialogue choices will often affect the relationships between heroes. There’s also a degree of gleeful wish fulfilment at play when joining childhood favourites like Blade and Spider-Man on the battlefield. Setting up baddies for them to finish off, or saving their skin with one of your own moves, is surprisingly immersive and gratifying.

All that said, I do wish that the character creation tool for The Hunter was more robust. In my case, I wasn’t able to craft the superhero I had in my head due to the lack of sliders to help fine tune their look. As a result, I opted to roll with their stock appearance, which is admittedly pretty badass, and while some may bemoan the lack of voice options, I personally find the actors for each body type plenty fine.

In fact, the quality of voice acting and writing for each character is pretty good across the board, which is great considering that you’ll spend as much time talking to these characters as you will fighting alongside them. The personalities of each superhero are welcomingly varied and well realised because of this, with the warm and eccentric nature of Doctor Strange contrasting wonderfully against the sharp and cold Magik.

I was pleasantly surprised to see that Marvel’s Midnight Suns has a great sense of humour, with conversations often bringing a smile to my face and drawing frequent laughs, too. This comes as something of a relief for me, as I was worried that Firaxis might adopt a similar overly jokey tone to that of the Marvel Cinematic Universe. Thankfully, the developer has instead opted to let both its characters and zingers breathe, deftly balancing quieter moments of reflection with silly references to demonic souffles. 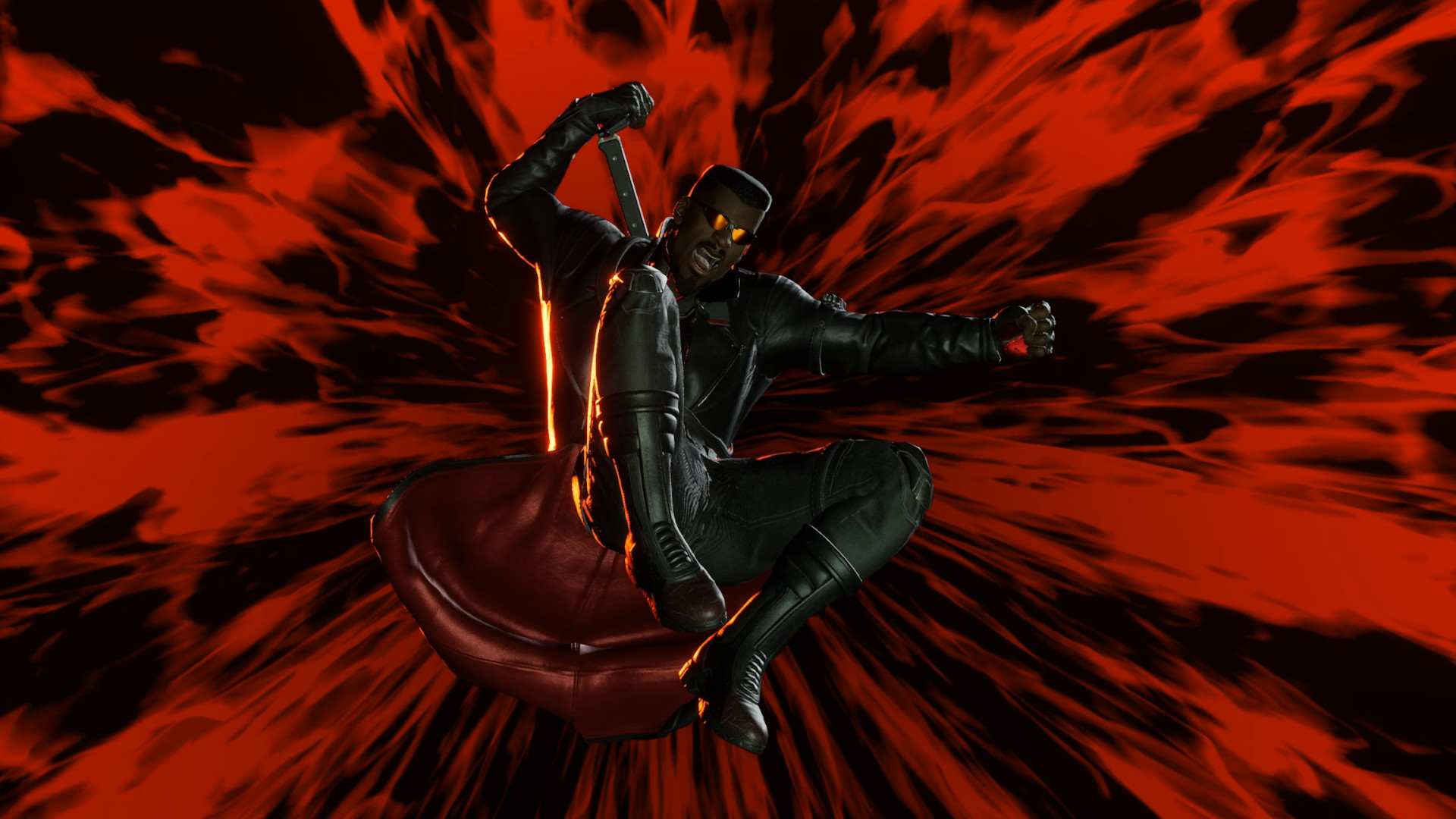 Dialogue sequences would be all the more engaging if the game’s visual presentation was a touch sharper. It’s not a bad-looking game per se, but it’s not much of an improvement over XCOM 2 either. It carries a certain ‘last generation’ feel, despite featuring modern graphics tech like ray-traced shadows and ambient occlusion, and the Marvel’s Midnight Suns system requirements reflects this.

These rough edges are most evident in character models and animations, with Tony Stark suffering the most with skin textures that resemble plasticine. Elsewhere, your teammates can appear a touch stiff during dialogue sequences, their bodies repeating the same idle animation on a loop with each new line.

Problems like this are perhaps symptomatic of Firaxis’ lack of experience in making RPGs. To the studio’s credit, though, it’s nailed the most important building blocks, and the shortcomings are more than compensated for by its expertise in the most important element: crafting thoughtful tactical combat systems. Like XCOM before it, battles in Marvel’s Midnight Suns require a good degree of strategy. They feel like an evolving puzzle, requiring you to take stock of the battlefield each turn and figure out how best to use your resources to survive the current round, making them a real brain-teaser at times. 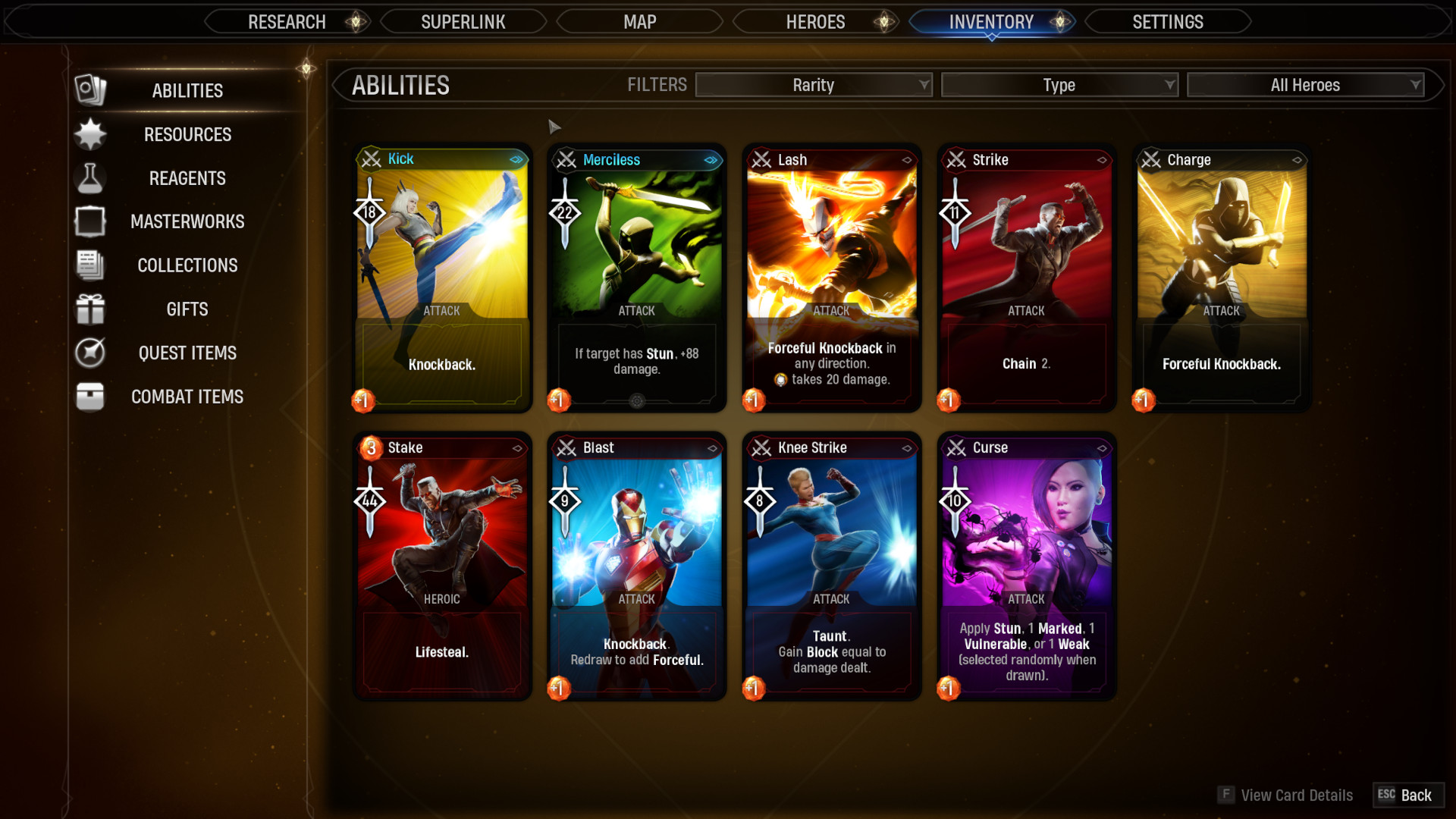 Abilities in Marvel’s Midnight Suns are presented as cards, five of which are available to you at the start of every turn. These powers are randomly generated based on the decks you curate for each of your heroes, and are divided into three types. Attacks are largely self-explanatory, allowing you to deal damage to enemies while also sometimes inflicting a negative trait such as bleed. Skills encompass a wide range of effects, including buffs, debuffs, the ability to draw extra cards, and more. Heroics are the most powerful tools in your arsenal, giving you the edge in battle through massive damage or giving you a powerful advantage.

It takes a moment to adjust to this style of randomness, particularly if you come to Marvel’s Midnight Suns without leaving any pre-existing XCOM biases at the door, but it doesn’t take long for its combat to click. The thing I enjoy most about it is that I feel more in control of a given situation, knowing that my abilities will always hit. It doesn’t make sense for superheroes to do low damage or miss their shots, and is much more satisfying than being subject to the whims of 69% hit chance despite my character staring their enemy in the face.

This is without even taking into account how cool these powers actually look. A particular favourite of mine sees Ghost Rider literally ride down your enemies in a fiery blaze with their muscle car, the Hell Charger. Given the spectacle of these starting heroics, I’m looking forward to building my relationship with everyone as much as I can in order to unlock their ultimate ‘Midnight Sun’ ability. 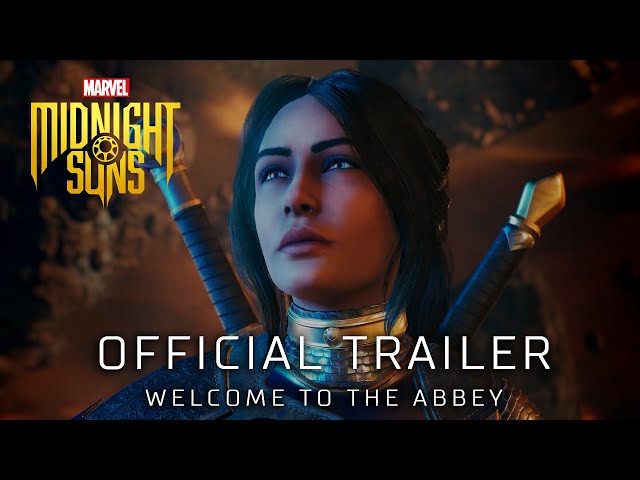 My sense of anticipation extends to the game more broadly as well, as I’m excited to see when other superheroes will join the Midnight Suns and what equally awesome supervillains we’ll face together. It feels like I’m truly hitting my stride now after a lengthy tutorial period, and if things continue in this vein then Firaxis could very well have another one of the best strategy games under its belt.

We were impressed with Firaxis’ latest when we went hands-on with it earlier this year, and our recent time with it has only reinforced our excitement for it. You can expect our proper Marvel’s Midnight Suns review to drop shortly before the game’s release date, so stay tuned!