The best Minecraft mods are the ones that help you make friends along the way, or something. You can, given enough time and energy, find a Minecraft mod for just about anything in the sandbox game, but that’s never going to stop some people from just creating their own ones instead. This time around a YouTuber decided to create a 2D version of Minecraft.

Now, it’d be easy to assume that somebody had just added a texture pack to Terraria, but that’s not going to cut it for the likes of Mysticat. Mysticat is a YouTuber who specialises in creating the impossible in Minecraft. This includes, among other things, recreating Crossy Road in Minecraft and then subjecting some of their friends to it without explaining anything.

This time around Mysticat decided that instead of adding things they’d simply remove something, with that something being the third dimension. Because something like this requires a more authored approach, Mysticat built an entire level filled with lava traps, zombies, platforming sections, and even a portal to the nether. 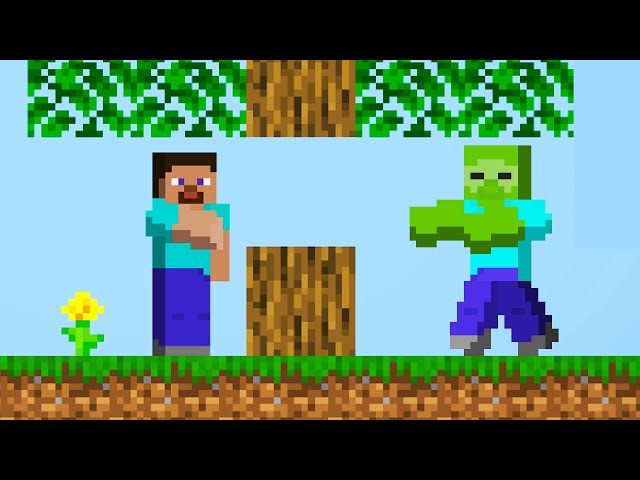 As ever, the video ends with Mysticat calling some friends and getting them to hop into the new world, only to be met with a strangely flat version of Minecraft. Honestly though, the game looks fun, and we are kind of upset that it’s not a real game. Again, we know that Terraria has similarities, but the two games are vastly different in several ways that become obvious soon after booting them up.

Sabrent’s new SSD is perfectly sized for your Steam Deck