When I think back to 2017’s Prey, the thing that stands out most is how I learned my way around Talos I. How I began to map it out in my mind, the location of each section solidifying as I explored. After spending playing the first three chapters of the Dead Space Remake I was reminded of that experience, and it was this – rather than the gameplay, which still feels its age – that ultimately kept me glued to EA Motive’s resurrected survival horror game.

The Dead Space Remake still feels like a game from 2008. It’s full of corridor shooting, strange artifacts of ’00s-era design like a finicky inventory system, and a whole lot of brown. But while I didn’t initially see what novelty was being brought to the table, the experience opened up as I got into chapters two and three and I understood just how valuable it is that the Ishimura is one open map in this new version of the game.

As I make my way through the different decks of the ship and back again, I open up new areas with the abilities I’ve learned or the new tools I’ve obtained, and it’s all one unified experience. With no loading screens, the Dead Space Remake feels like a giant Metroidvania for you to explore and reveal bit by bit. For me, this finally answered the question of why – beyond a graphical polish – this remake exists. Even though it’s still dated in a number of ways, having it all in one contiguous space immersed me in Isaac’s journey in a way I know couldn’t have happened with a loading screen every few seconds.

As with Talos 1 in Prey, the lack of loading screens also shows off the architectural and level design of the original game. You can see how paths loop back onto one another. Areas suddenly become large, expansive maps, rather than segments chopped up and pieced together with tape and glue. This sense of scale and unity makes exploration far more enjoyable, as it feels like I’m actively progressing through the Ishimura and can see that progress in real time.

It’s similar to the way Resident Evil 2’s remake transformed that experience to feel more like one long, connected journey through Racoon City. I got a sense of that same philosophy in the Dead Space Remake, though I only played four hours – hopefully, this is what the full, final release will be like.

Of course, for a horror game, the graphical upgrades in Dead Space Remake are every bit as transformational as the level design revamp. After my hands-on time with the remake, I went back and played a fair chunk of the same experience in the original. The enhanced lighting, shadows, reflections, and textures are all very impressive, and really enhance the gorier and creepier moments. I have to mention the reflections in particular – the game isn’t designed to emphasise or depend upon them, but still they really stuck out during my time with the remake, the light ricocheting from wall to object and back to the walls of the Ishimura once again. It’s a subtle detail, but one that shows some of the care with which Motive has approached the remake.

On the other hand, some of the more touted changes – like the skin peeling system – don’t feel quite as impressive. Skin will peel off enemies as you pummel them with bullets or cut through them with a blade, and the effect came to feel very scripted after the first few times, cool as they admittedly were. Each enemy looked the same after I shot them in the same places once or twice and although you can shoot off limbs, it didn’t feel like I was literally tearing parts off the hideous creatures aboard the Ishimura. The Destructible Demons system in Doom Eternal felt far more dynamic and impactful.

The reaction from the creatures wasn’t quite what I was hoping for, but at least the guns felt great to use. Initially, I wasn’t keen on their traditional arcadey feel and fancied something a bit more weighty, as in the Resident Evil reboots. But by chapter two, I came to love their less cumbersome feel. A lot of the game is about staring down a corridor and firing at anything that comes your way – even if you’re surrounded – and the weapons’ lightness and ease of use was welcome in such situations. It kept the experience from feeling too oppressive, or too difficult – even in a horror game, taking ten seconds to switch weapons or reload is generally a recipe for frustration rather than dread. 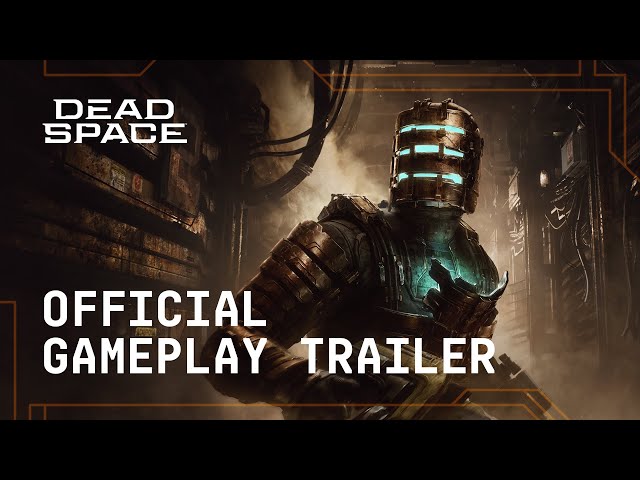 It’s strange to play a remake of a game from 2008 that looks so good by modern standards yet cleaves to so many of its ’00s design roots. Now that the Ishimura is all one map, there’s a bit of an arcade-style corridor shooter feel, blended with a thick sci-fi horror atmosphere thanks to contemporary-standard graphics. There’s nothing quite like it. The Dead Space Remake simultaneously feels old and new and as such is a distinctive concoction caught between time. Here’s hoping that this odd blend continues to feel fresh rather than discordant when the Dead Space Remake release date rolls around in January 2023. Why not try some of the best survival games on PC while you wait?