This new Minecraft mod adds in a new kind of tool to the sandbox game. Rather than pulling from something that doesn’t exist, this is another mod that brings in a weapon from another game, and then turns it into something that works in this voxel paradise. This time around, the Half-Life 2 Gravity Gun is up.

Now, Gravity Guns aren’t exclusive to Half-Life 2, but it’s probably the most famous instance of the idea. These guns don’t really manipulate gravity as such, but do allow you to effectively gain telekinesis to pick up things from afar, and then choose to have them hover, or throw them into something else. They’re an entertaining way to interact with the world, and most games are vastly improved for having them available to play around with.

Well, a Minecraft tinkerer by the name of CRAIY, who you may already know if you’ve checked out their Breath of the Wild mod, was asked to bring the iconic Half-Life 2 weapons to Minecraft, so that’s exactly what they did. What’s really fun is that it technically doesn’t use mods, but a data pack. The difference between the two is somewhat arbitrary, but data packs are a lot easier to work with for most people. 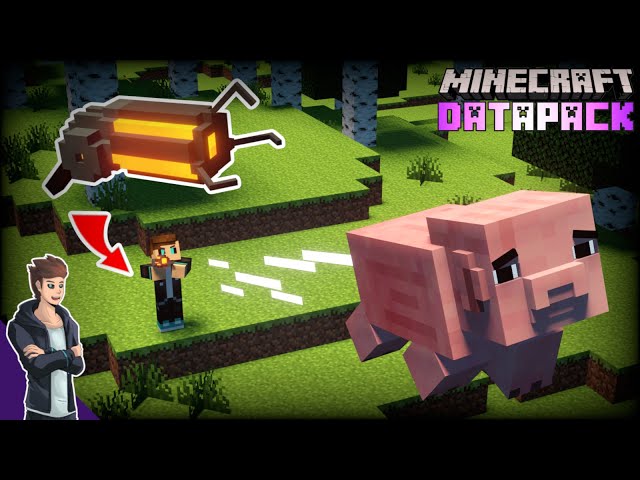 The video explains how these guns came to be, how you can craft them, and also what you can use them on. You can use them to pick and throw around different Minecraft mobs, which could be useful when trying to keep all of your animals in one place as well as defend yourself. Not only that, but you can pick up different kinds of blocks with them as well, which could be a neat way to build if you’re feeling really patient. If that all sounds good, you can download the data pack here.

We love seeing Minecraft mods and data packs like this because bringing in other famous weapons into one of the most popular games of all time always brings us joy. If you’re looking to get more into modding, then you’ll probably want to know how to install Minecraft Forge 1.19. We’ve also got everything you need to know about the Minecraft brewing stand too.